Some of the companies that provide Fluge with their rental material were present at the Understanding Fluge event and demonstrated their most popular products.

The most powerful spotlights, the most versatile control tables, the most faithful audio equipment on the market, and even some robots. All this accompanied by presentations focused on the audiovisual world is what the attendees could enjoy the past days of Understanding Fluge November 19, 20, 21 and 22 were held at its headquarters in Arganda del Rey, Madrid.

The new MA3 was the protagonist during two of the four days in which the days were developed. Miguel Ángel Valera, Brand Manager of MA Lighting in Spain, presented on behalf of Stonex the most awaited table in recent years. The assistants could know the different versions in which the console has been presented (full, light, compact, etc.) as well as the new MA3 software. The most powerful table on the market brings the future of lighting control with extended functions, more intuitive interface and greater speed in all processes. Proof of its power were the days of Understanding Fluge, programmed and controlled by a full-size MA3.

On the other hand, Ginés Caballero, Rigging Sales Manager at Stonex, and Joan Altimir, Industrial Technical Engineer, gave the presentation on Security in Elevation Systems in Shows throwing light on a complicated network of regulations that today govern the use of motors and controls in various types of shows. The paper tried to clarify which documents should be addressed and called for good practices.

Among other lighting products, such as the original vintage luminaire from Admiral, the event served as a showcase for the award-winning range of AXCOR LED spotlights Clay Paky. The Axcor Beam 300, ultra compact bulbs capable of creating a solid beam of only 2 º and Axcor Spot 300, with a power of 7000 lumens gave light to the area of ​​the stage and the central space of the Louladi Platt, accompanied by safety pins and warm P2 Hexaline by Portman.
In addition, the new AXCOR profile 400 showed its strength from the stand of Stonex. With two versions depending on whether a high CRI or a warmer color temperature is desired. It is a suitable focus for both TV and scenic spaces. 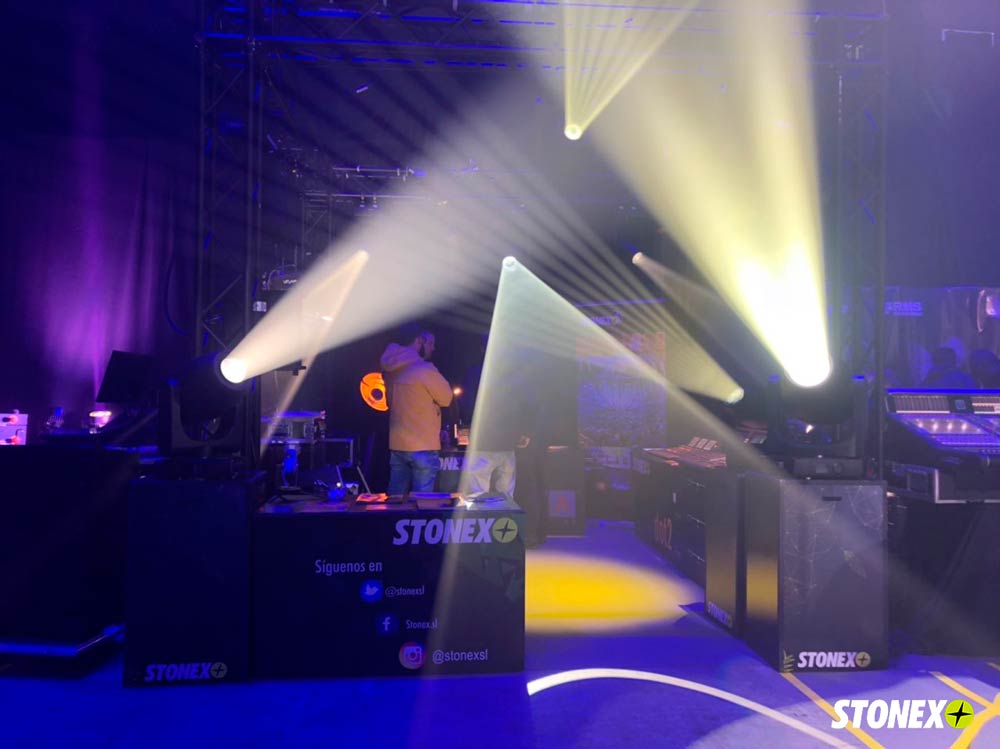 On the other hand, the new and powerful LED spotlights were also present. Ayrton, Bora and Mistral, that the brand has presented this 2018. Bora is a different wash. It has a power of 38.000 lumens and front lenses of 178 mm, perfect to create environments and bathe large spaces color. With a CRI superior to 90, it reproduces colors with great efficiency in practically all kinds of uses.
The Mistral, in its two versions, True Color and Stage, is a versatile Spot that can offer both exceptional power - up to 300W - and a high CRI, depending on the technical needs.
There was also the popular Ghibli, a profile whose versatility and power are well known. It is the first blade with Ayrton blades that opened the way to the new Khamsin. With a power of 600W is a mobile head that adapts to any type of space. Currently we can see it in action in the musical El Médico, in Madrid. 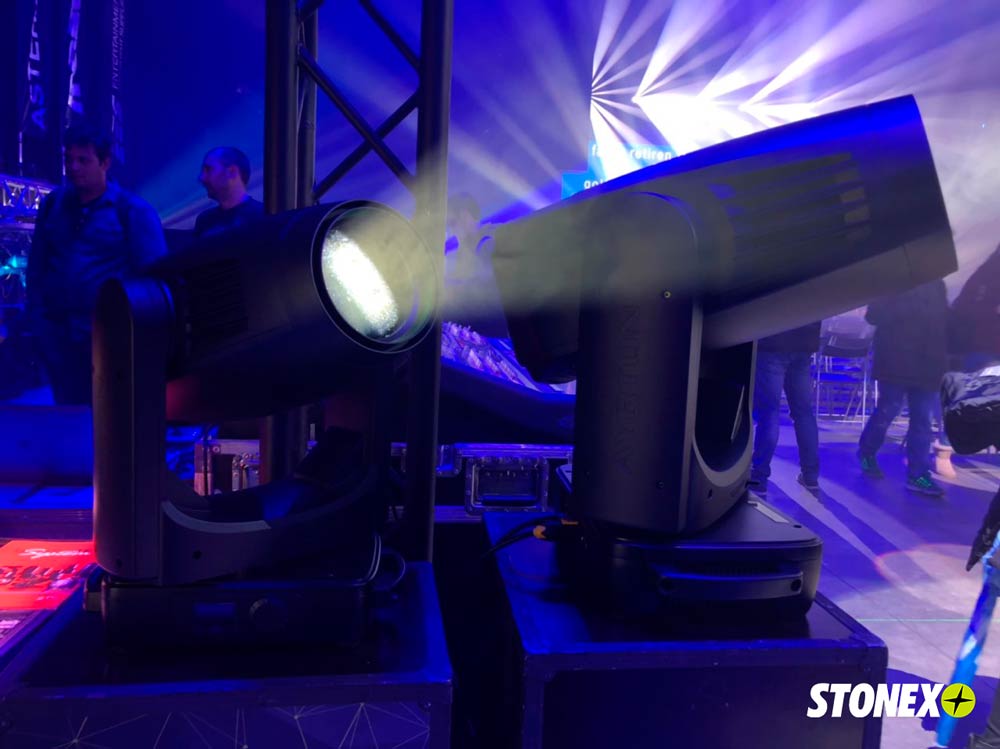 Finally, ETC, the leading brand in theatrical lighting, made an appearance with the cuts of its most popular LED ranges: the Source Four LED Lustr Series 2, with 7 colors that includes the lime green for a greater vividness in all the color mixtures, and a deeper red to get an ambiance or pink. On the other hand, the SPOT ColourSource, which combines the colors red, green, blue and lime, obtaining the maximum brightness and richness for all kinds of representations and the different atmospheres that need to be produced.
From the same brand, the controller Gio of the EOS Family is the perfect option for jobs in which simplicity in handling is a plus. In addition, its compact body makes it the perfect table to be transported and used in small spaces. 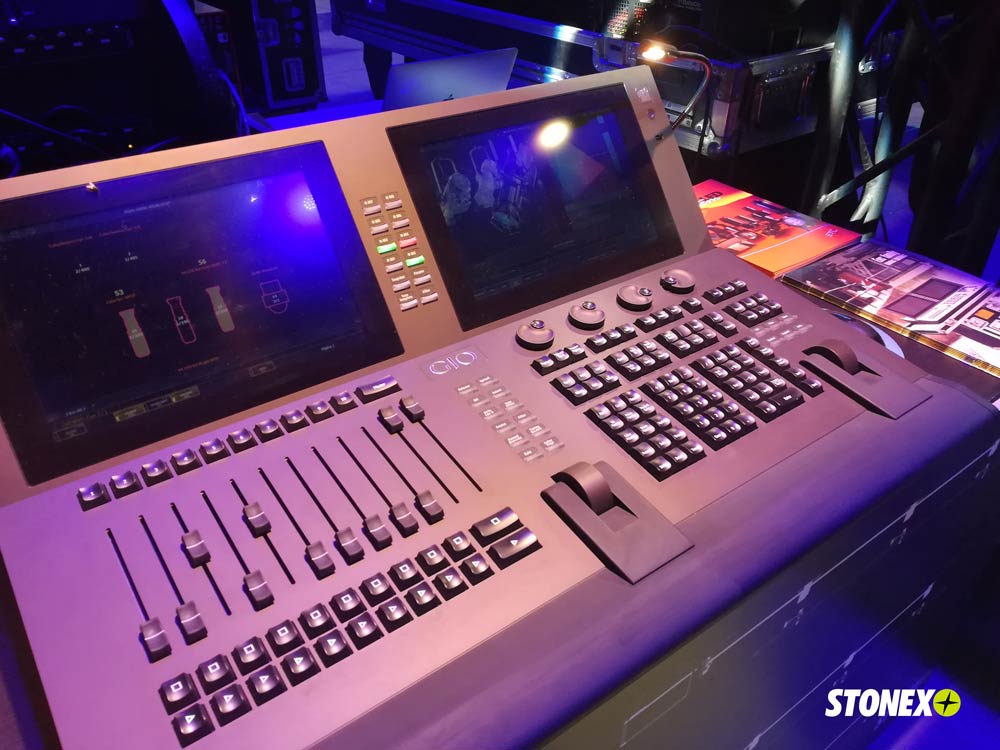 The event closed with musical performances in the Plató Azul, where there was a mobile structure Eurotruss controlled with I - Motion Basic C2 of Movecat, variable speed V-motion controls and robust VMKS 250 engines that mobilized a large LED screen. 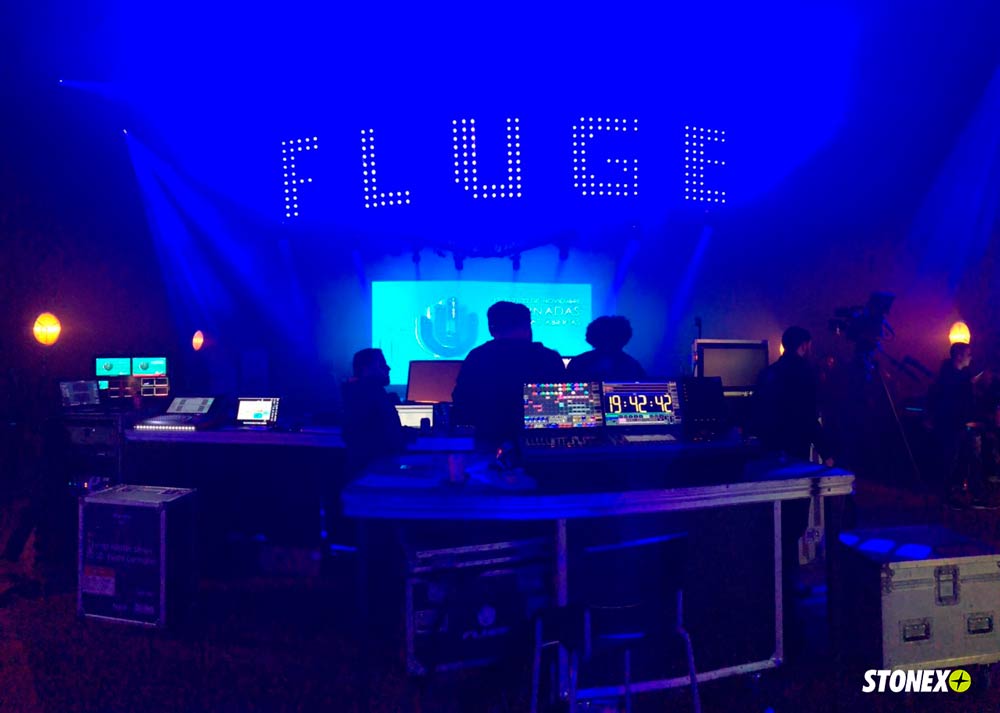 In Spain, Stonex It's official distributor MA Lighting, among other well-known brands. With more than 35 years of experience in the sector, it is the national reference company in professional lighting and stage engineering. It offers integral solutions for the entertainment, entertainment and architectural sectors, including from the design, supply, installation and maintenance of scenic equipment and lighting for professional use.

For more information, Stonex in www.stonexsl.com