Around 100 Clay Paky's spotlights illuminated the interior of the Centennial Hall in Wroclaw, Poland, during his theatrical production "Niebo" framed as part of the closing celebrations of the European Capital of Culture 2016.
The famous lighting designer Pawal 'Spider "Pajak was commissioned to shed light on the closing production in Wroclaw on the occasion of the celebration of the European Capital of Culture 2016.
For the occasion, the famous illuminator used near 100 projectors of Clay Paky Mythos, Sharpy and A.leda B-EYE K20 that offered everything a perfect combination of effects, light and color.
"The Centennial Hall is a space with quite a height," commented the illuminator, Spider. "For this production we needed to hang all the devices around 23 / 24 meters above the stage level. This meant having to look for bulbs with brightness and quality that could offer the same performance over long distances. "
For the theatrical production Niebo, they used 20 units of the well-known Mythos. A hybrid between spot and beam that were arranged in groups of five devices on stage. Its effects and its two interchangeable and variable gobo wheels grouped the projection of each of Niebo's scenes. 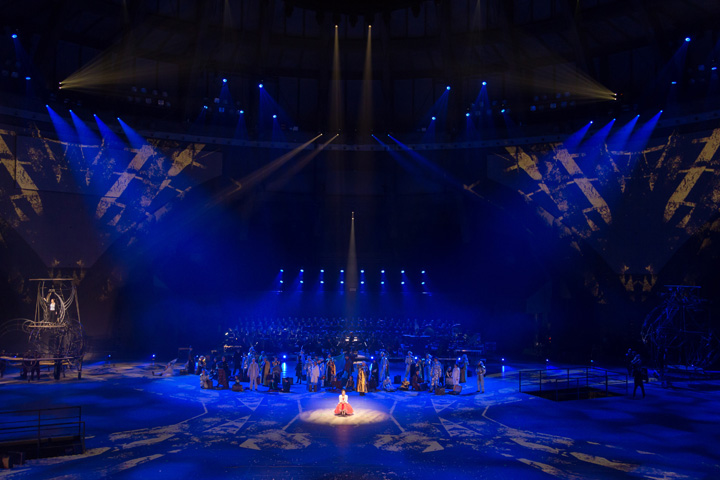 "For the show, the Mythos were an important part of the projection on stage, giving me the ability to dramatize the setting the way I wanted," says Spider. "The devices have offered me the possibility to illuminate the architecture of the space 360º."
"For the last scene of Niebo, I used the indispensable Sharpys with which I created a circular curtain of light." The beams of light illuminated the four large metal sculptures that joined with a fifth sculpture in the last scene, forming a complete metal structure. 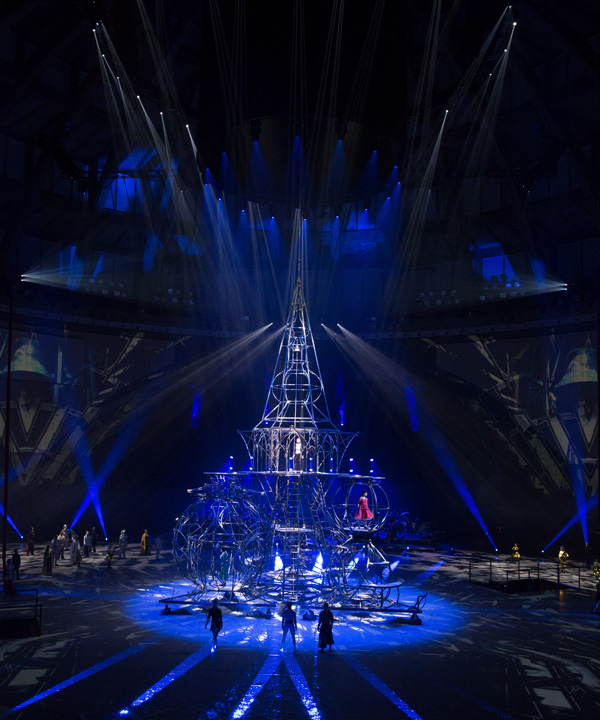 The effects came from the hand of the 40 units A.leda B-EYE K20. The Clay Paky wash that was strategically placed around the stage in groups of five. Its rotating optic of 32 LEDs operable independently provided the possibility to create dense wash effects and dynamic color palettes. 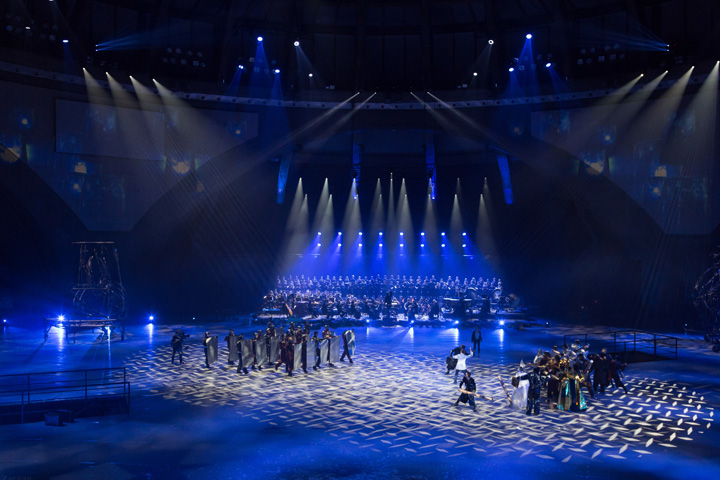 "The B-EYE K20 are very bright to illuminate the floor with them," says the illuminator. "I used them in Wash mode and then, I used a lens change, controlling the LEDs individually which allowed me to create an effect of light and shadow on the stage.
The production Niebo was the last of the well-known "The Flow Quartet", a production made throughout the year by the director and creator Chris Baldwin who details the history and multiculturalism of Wroclaw.