Near 40 units of Clay Paky Mythos put light to the IV Centenary of the Plaza Mayor in Madrid along with a videomapping show, where the rental team was supplied by the Fluge Audiovisuales company.

On the occasion of the commemoration of the 400 years, the Madrid City Council has carried out an 360 project in which projections, light and sound have been merged on the four facades of the historic Plaza.

Light, color and video transformed the mythical Plaza Mayor of Madrid into a point full of sensorial stimuli that moved the viewer to a changing space, unique and full of magic.
For this, 40 units of the revolutionary Mythos by Clay Paky, distributed in Spain by Stonex, were used. Power and precision became the best allies to flank the central structure of the Plaza. With only 470w offers 80.000 power lumens, which has turned the front 5750 m2 into pure visual magic.

The objective of this project has been to commemorate the IV Centenary of the Plaza Mayor in Madrid, offering a different perspective to show the evolution of the square from its beginnings to the one we know today. 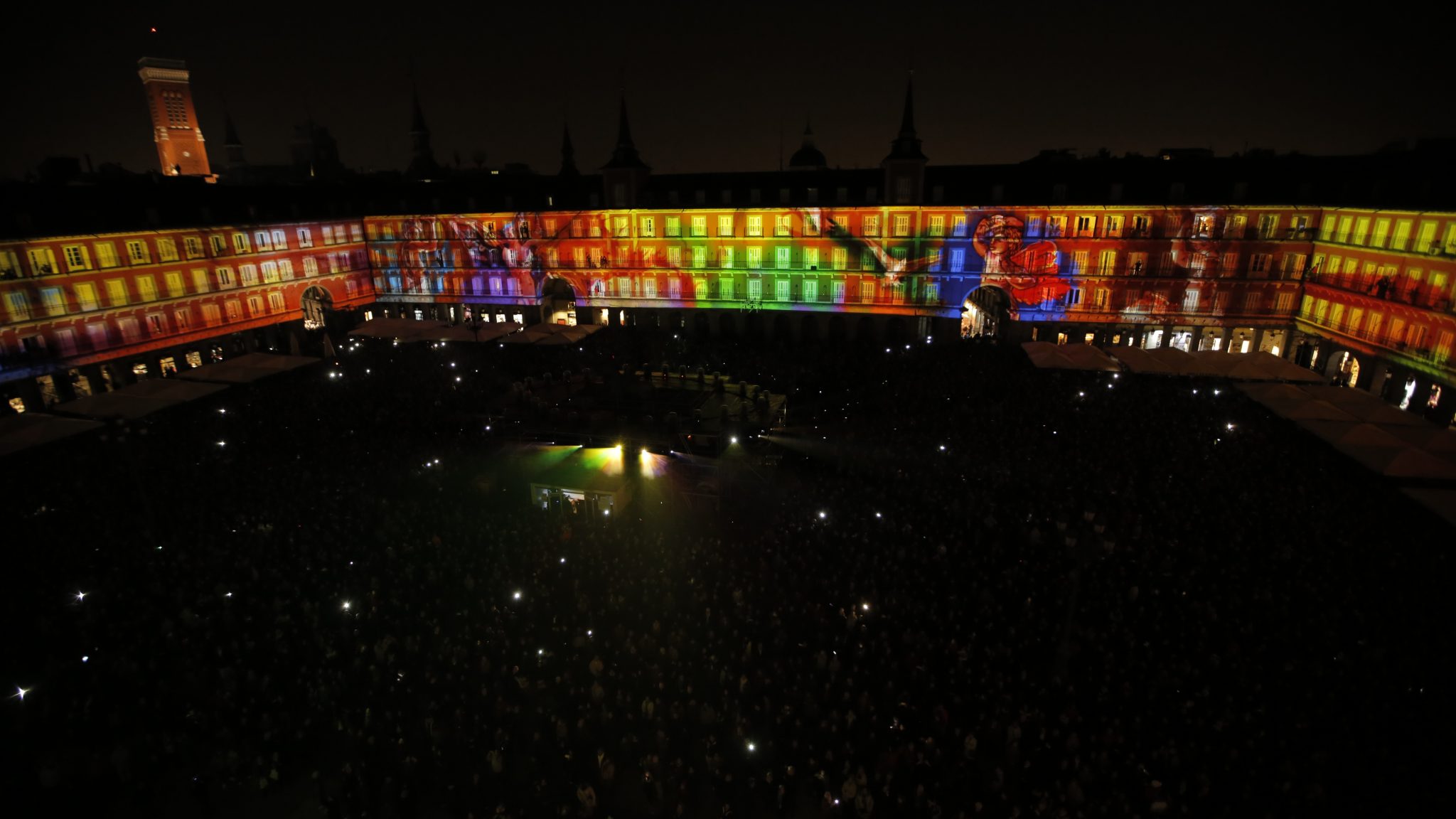 The design of Oscar Testón, director of Otu Cinema and creator of Vjspain, made it possible for viewers to travel, through video mapping, from coronations and baroque parties, to fires and executions during the inquisition.

The material was supplied by the Fluge Audiovisual rental company, which brought together in the centennial Plaza Mayor of Madrid a power of 180.000 W of video, 50.000 W of sound and 18.800 W of lighting, to show the evolution of the Plaza from its beginnings to the news

En Spain, Stonex is the official distributor of Clay Paky among other well-known brands. With more than 35 years of experience in the entertainment sector, Stonex offers integral solutions for the entertainment, entertainment and architectural sectors, including design, supply, installation and maintenance of scenic equipment and lighting for professional use.