The Queensland Performing Arts Center witnessed the first public appearance of Scenius by Clay Paky in Australia during the celebration of the CMC Music Awards 2016.

Mandylights She was responsible for the design of the production, the management and the scenario. For its part, everything related to lighting came from Crystal Productions, Resolution X and of one's own Madylights.

Crystal Productions 14 had received these devices a few days before, highlighting among its features its wide 8 ° -50 ° zoom, as well as how silent and fast it was, with a depth of field that did not look like anything they had seen before.

Scenius It has an advanced optical unit and an 1400w discharge lamp that provides more light power than lamps of previous generations of 1500w. What offers significant energy savings. In addition, it can be used in wash mode thanks to the insertion of a new frost filter design.

For the production of the show, they hung seven of the Scenius while the others placed them on stage.The designer used the devices to give light to the audience from behind, marking the way to the stage. The fact that the focal range was longer allowed the camera to be perfect when the camera was close to the focus. "The focal effect of the beam length is perfect." Said the project manager.

The edges of the light output of Scenius They are perfectly defined and produce a color temperature of 6500k that does not vary as time goes by. In addition, it has a high CRI, which makes it perfect for spaces such as television sets, due to its effect on camera. The colors you project Scenius They cover a wide spectrum of color in which pastel shades are included and offer a smooth color transition when passing from one to another

But that's not all, it also has a wide variety of effects thanks to its two rotating gobo wheels that each include six interchangeable gobos, a rotating prism and an interchangeable effects wheel. 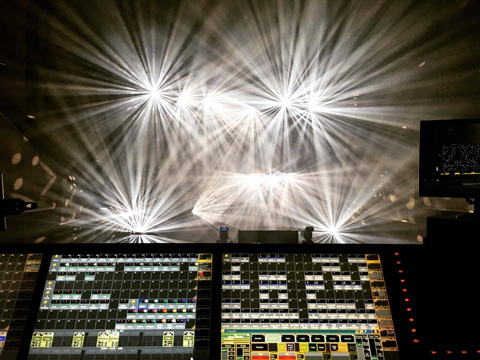 The music awards CMC 2016 were carried out in the Queensland Performing Arts Center with the presence of some of the most important country music artists in Australia, among those who they found Adam Harvey, Kelsea Ballerini, Jason Aldean y Florida Georgia Line.

In Spain, Stonex It's official distributor Clay Paky en Spain, among other well-known brands. With more than 35 years of experience in the sector, it is the national reference company in professional lighting and stage engineering. It offers integral solutions for the entertainment, entertainment and architectural sectors, including from the design, supply, installation and maintenance of scenic equipment and lighting for professional use.