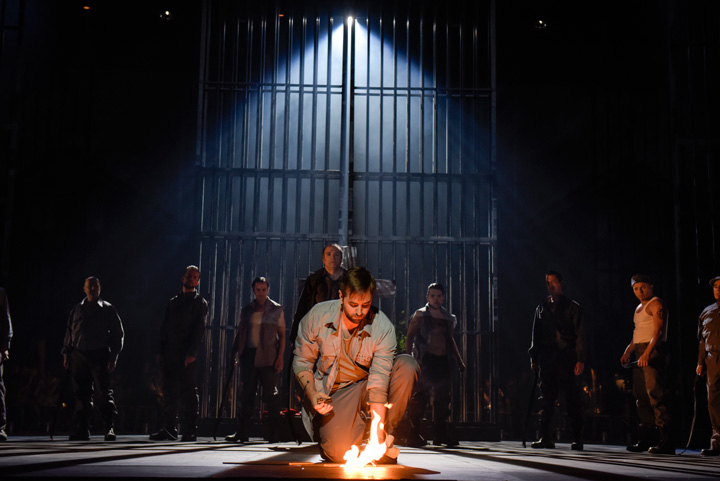 A complete stalls witnessed the world premiere of this work that featured Clay Paky's Scenius Spot to set the different periods and places through which it takes place during its development.

Martin Labrecque, Lighting Designer of 'Lilies', he faced an interesting challenge during the design of this work. This took place on the proscenium, since the orchestra was located at the back of the stage behind a black grid, something unusual in this type of productions. Therefore, they created four different positions to locate the Scenius, mainly used as ambient light and wash, mostly in white.

Without a doubt, the great feature of this device is its high CRI. This makes it a perfect television set, offering an unmatched CRI in this type of moving head. Thanks to its 8 ° -50 ° zoom, Scenius It is perfect for any production and is capable of concentrating the maximum luminous efficiency precisely in the effect you want to project.

In addition, the well-known illuminator Labrecque I needed to create the effect of the flames on the stage. In order to achieve the most realistic effect possible, they projected some of the different effects in color that it offers Scenius Spot on a blank cyclorama and, the result, did not disappoint.

The lighting designer was impressed by the brightness and quality of the optics Scenius, as well as the sensations that were generated during the development of the work thanks to this tool.

Likewise, he was satisfied by the fact that, when Scenius it is used in 'silent mode' maintains its full potential. A really interesting feature in this type of productions since it allows to place the devices close to the public.

Despite having only three days to assemble the production and the reduction of time that this entails for programming, Scenius it allowed him to create multiple effects and generate different environments that did not leave indifferent the audience that attended the premiere.