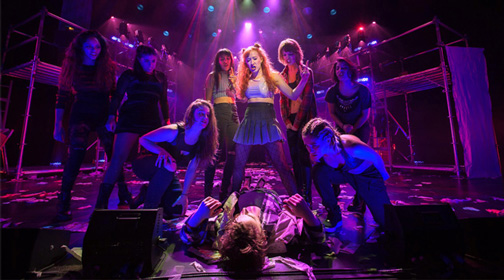 Lighting Designer Zach Blane, along with his team, broke the established rules creating novel effects on the stage from the hand of Source Four Lustr of ETC for the representation of American Idiot at the University of Pace.

When American Idiot he came to the stages of Broadway at 2010 they experienced the visual impact that lighting can produce in the narrative. Now, the University of Pace reinvents the lighting of the work written by Billie Joe Armstrong and Michael Mayer.

Continuing with the idea of ​​maintaining the theatrical, they wanted to innovate to create for each character their own 'world'. For this, they considered it necessary to achieve a wide range of colors, which led them to choose the 1 and 2 Series of Lustr de ETC. This choice offered them endless colors. Also, they had to keep in mind that, during the performance, there would be a lot of fog on the stage and they needed to be seen both in the air and at ground level.

The 2 Series Source Four LED Lustr Maximizes the color mixing capabilities to offer a more flexible range. From high intensity whites, through soft and flexible dyes, to vibrant colors, with a smooth transition from one to another on the fly. What makes it an ideal tool for the theatrical lighting, adapting to any skin tone, in person or on screen.

In addition, it is a silent accessory and does not reach high temperatures. All this makes it a tool that works incredibly well. 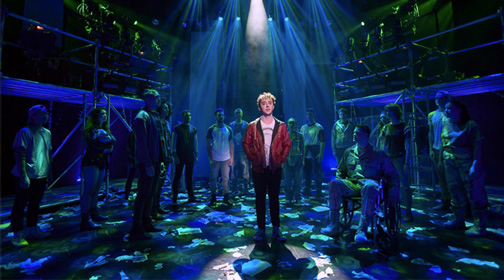 Blane he was also surprised by the effect that was produced on the stage when using some of the luminaires of the 2 Series by Source Four LED Lustr without the tube, as a backlight with a high angle, creating colored axes suspended in the air through the haze. With this, they managed to generate a texture very different from that produced by the gobos and they became part of the 'landscape' during the development of the work.

Using 2 or 3 different color elements, I obtained the color I was looking for at each moment and the effect generated in the air came to have a lot of depth. This idea arose out of necessity and ended up becoming one of the best visual effects in the show.

Quality light is the driving force behind the development of LED products ETC. The 2 Series of Source Four LED introduces a level of illumination with a brighter light output and a bolder rendering of the colors you use. Therefore, it becomes the perfect tool to use in any environment.